Before signing in using ZenKey, users must first install their carrier’s version of the ZenKey app on their primary device. Users can log into third-party apps after the initial setup. Pressing the ZenKey button in a third-party app or website starts the authentication process, prompting the user to set up their device up as the primary device if they have not. For more detail about the authorization flow, please see managing and enrolling users.

The primary device authenticates requests from other devices, such as desktops and tablets. 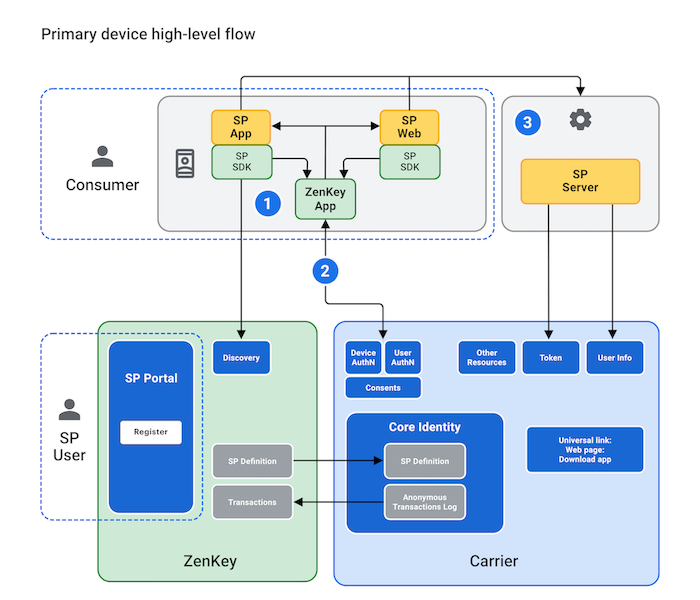 The following steps are associated with the labels on the diagram above:

Updated about 1 year ago